Eclipses are enemies that appear exclusively in Vision 5-2, Coronia, of Klonoa: Door to Phantomile.

As Moire explains, these are enemies that the solar eclipse at Coronia has given power to, with enemies on the ground becoming monsters that resemble Joka in appearance, and flying enemies becoming fish-like Sky Eclipses. A violet variant of the Sky Eclipse also appears when it's dark, becoming an additional hazard to the sanctuary as it chases down on Klonoa. In the Eclipse state, they are impervious to Klonoa's Wind Bullet, though the violet Sky Eclipse can be temporarily stunned by it.

"The solar eclipse gives the enemy power. You must attack them when there is light."
—Moire, Klonoa (Wii)

"If we have to attack the enemy when there's light, that would also mean that they're more dangerous when it's dark, right?"
—Huepow, Klonoa (Wii) 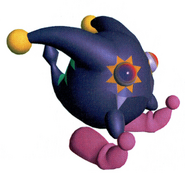 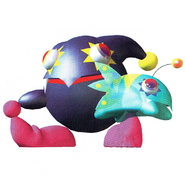 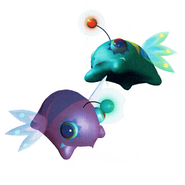