A Glibz (グリッヅ), also known as Flackannon, is a variable enemy in the Klonoa series. There are two Glibz varieties: ones that shoot cannonballs and ones that shoot missiles. The cannonball one shoots three shots forward and the missile one shoots two missiles high into the air, and cause a small fire when they hit. Cannonball Glibz cannot be damaged unless it is poking its head out. 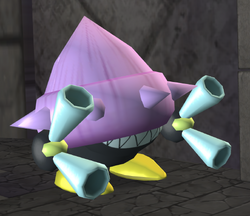 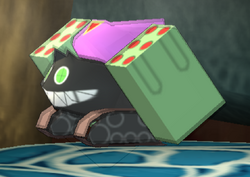 Retrieved from "https://klonoa.fandom.com/wiki/Glibz?oldid=10239"
Community content is available under CC-BY-SA unless otherwise noted.